Derek has been in the YouTube game since winning GameTrailer’s “Out Nerd the Nerd” Competition in 2007. He actively posted reviews and content as the HVGN until 2015, when he decided he felt stymied by the old name. Thus, Grace was brought in and Stop Skeletons From Fighting was born. Grace’s first video with Derek was for the HVGN’s 2014 April Fools Day video, which she helped cowrite and produce. Since then, she has been working as a filmographer, writer, and producer for the show. If you have any ideas for interviews or videos, feel free to contact her at grace@stopskeletons.com. 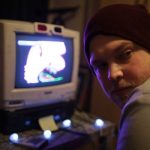 Luke created all of the radical intros, bumpers, and art for SSFF. He’s been animating for 8 years and working with pixel art for 3. His favorite hobbies are retro gaming and drawing monsters. You can see more of his stuff on Newgrounds or on YouTube. Feel free to contact him for freelance work.